According to the Hazelwood School District, Eleni “Ellie” Scott, 7, is a gifted child. Specialized testing has shown that Ellie engages in creative thinking, excels in reasoning skills, and has an IQ of 134. Those qualities make Ellie eligible for the school district’s GALACTIC program, which advocates for gifted children and provides challenges appropriate to their academic, social and emotional needs.

Ellie’s parents, Karen and Nick Scott, are delighted for their daughter, who they consider not only gifted, but a gift to their family. Ellie was born with a disorder called alveolar capillary dysplasia with misalignment of the pulmonary veins (ACD/MPV). The condition affects the lungs’ millions of small air sacs and their blood vessels (alveolar capillaries), through which inhaled oxygen enters the bloodstream and carbon dioxide is exhaled. Infants with ACD/MPV have far fewer alveolar capillaries than normal. 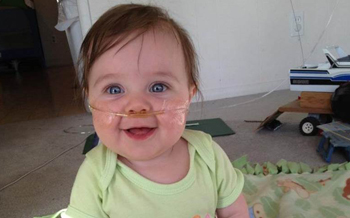 Those that exist are improperly positioned, impeding the exchange of oxygen into and carbon dioxide out of the bloodstream. In addition, the pulmonary veins that carry blood from the lungs into the heart are not positioned properly, leading to impaired blood flow through the lungs.

Worldwide, only about 200 infants have been diagnosed with this rare condition. According to the National Institutes of Health, infants with ACD/MPV who do not receive lung transplants have not been known to survive past one year of age; most affected infants live only a few weeks.

Ellie is a remarkable exception.

Unlike the majority of babies born with ACD/MPV, Ellie wasn’t diagnosed with the disorder until she was almost 9 months old.

“At 3 months Ellie was growing and thriving like any other newborn,” says her mom, Karen. “Then in November 2011, she was admitted to a community hospital for a GI infection. That’s when it was discovered her oxygen saturation was low.”

Ellie was placed on oxygen and began undergoing a number of tests to determine what was causing her low oxygen saturation. In May 2012 she was brought to St. Louis Children’s Hospital for an open-lung biopsy. The results showed Ellie had ACD/MPV.

“There is a subset of ACD/MPV patients who aren’t diagnosed as newborns but within a few months of birth begin needing oxygen and showing signs of pulmonary hypertension because of abnormal blood flow,” explains Washington University pediatric pulmonologist Stuart Sweet, MD, PhD, medical director of the pediatric lung transplant program. “Our experience with this subset of ACD/MPV infants is that not all of their capillaries and pulmonary veins are abnormally placed, which for a time allows them to receive enough oxygen to appear normal.”

Following the biopsy, Ellie had to remain on a ventilator to help her breathe. When she began having frequent pulmonary hypertensive crises, she was placed on an extracorporeal membrane oxygenation (ECMO) machine. This therapy uses a pump to circulate blood through an artificial lung back into the bloodstream. Since ECMO is not a long-term treatment option, the future for Ellie was clear—she needed a double-lung transplant.

A bridge to transplant

“At the time when Eleni needed a transplant, we were reluctant to take patients on ECMO to lung transplantation because our prior experience with ECMO bridging to lung transplant was poor,” says Dr. Sweet. “After a discussion with her parents, we decided to place Eleni on a paracorporeal lung assist device (PLAD), a newer technology we were exploring as a bridge to transplant. The main advantage of a PLAD over ECMO is that patients are less likely to require heavy sedation and muscle relaxants. But because of its configuration, the greatest risk of PLAD is a blood clot passing into the brain.” 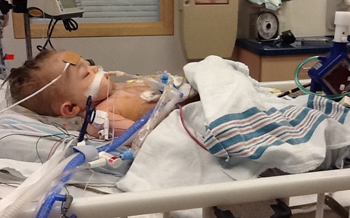 Understanding that risk, the Scotts prepared themselves for a predicted six-month wait for donor lungs. It was just four days later, however, that they got word a set of lungs was available for their 9-month-old daughter. The transplant surgery was performed on June 12, 2012, the Scotts’ eight-year wedding anniversary.

Above and beyond expectations

Infants and children undergoing lung transplantation are at risk for cognitive and motor delays. Dr. Sweet and his colleagues believe these complications probably are directly related to how sick the patients are before transplantation and how they are supported leading up to the surgery.

“Our goal with lung transplantation is to make sure every child has the best chance of achieving his or her full potential,” he says. “We have as much experience as anyone in the world with infant lung transplantation and with the types of devices available to support these young patients while awaiting transplant.”

For Ellie, this experience was vital, as were two other factors: She wasn’t seriously ill for a long period of time before being listed for transplant, and she was on ECMO and PLAD for a combined total of just 12 days prior to receiving her new lungs.

For Karen and Nick Scott and older brother Niko, 13, watching Ellie achieve goals beyond expectations has been a gift for which they credit God and the extraordinary care provided by St. Louis Children’s Hospital.

“Ellie loves taking ballet and tap lessons, tumbling and swimming at our place at the Lake of the Ozarks,” says Karen. “She’s a dedicated St. Louis Blues fan and enjoys watching her dad and brother play hockey. The main concession we make in regard to Ellie’s health is homeschooling her from December through March each year to lessen the risk of her catching the flu.” 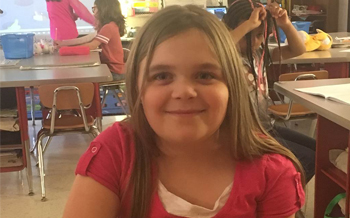 Nick Scott describes his daughter as a blessing. “As her dad, I’m always trying to protect Ellie, but she’s a confident little girl who soaks up knowledge like a sponge and is a social butterfly who fits herself into any situation,” he says. “Physically, she’s doing great. At her last lung function test, she scored a 117, which is in the normal range for someone her age and is remarkable considering she’s seven years post-transplant.”

For all of the successful pediatric transplants performed at St. Louis Children’s Hospital, Dr. Sweet first credits the commitment of patient’s families like Ellie’s, who do whatever is needed to ensure the health of their children.

“We also rely on the foundation of people who don’t lose track of the details—our transplant coordinators, social workers, child life specialists, dietitians, and physical therapists, as well as the physicians and nurse practitioners overseeing the children’s care,” he says. “For Eleni, we were pushing the envelope in terms of a strategy to bridge her to successful transplantation. We are all delighted that she has succeeded in becoming such an extraordinary little girl.”

Most experienced pediatric lung transplant program in the world. 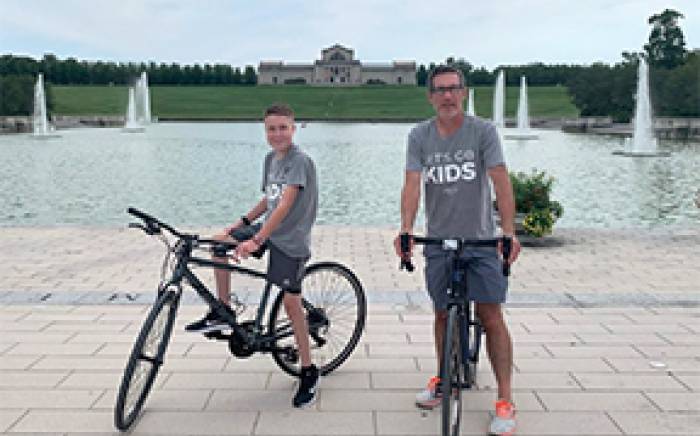 Will, who was diagnosed with cystic fibrosis as an infant, had a double lung transplant at St. Louis Children’s Hospital. ... 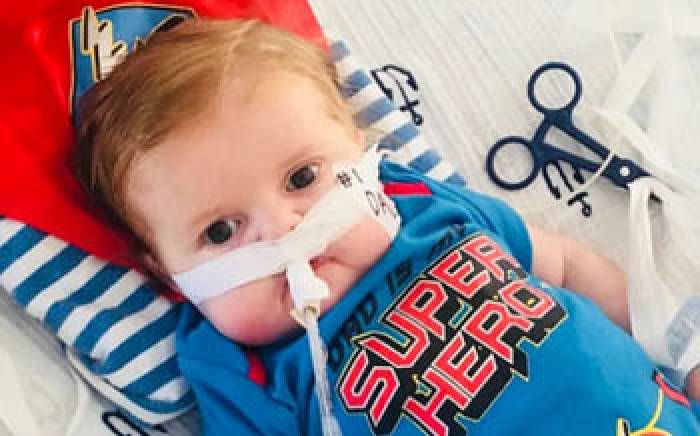 On May 23, cardiologists at St. Louis Children’s Hospital’s Heart Center performed the transplant on Jack, making him the youngest ... 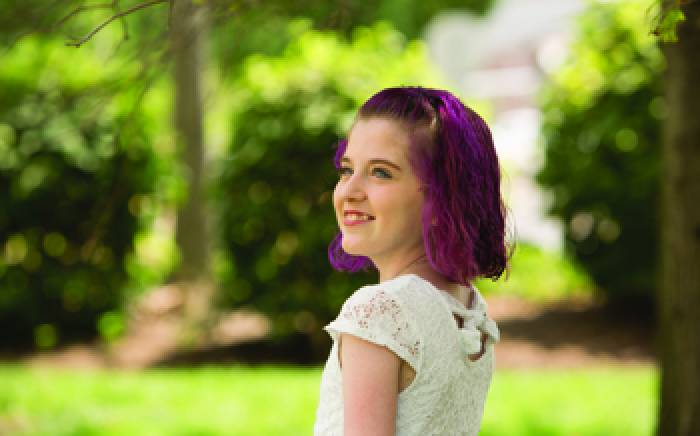 From a young age Kylie has been beating back the symptoms of cystic fibrosis. Learn more about her story and ... 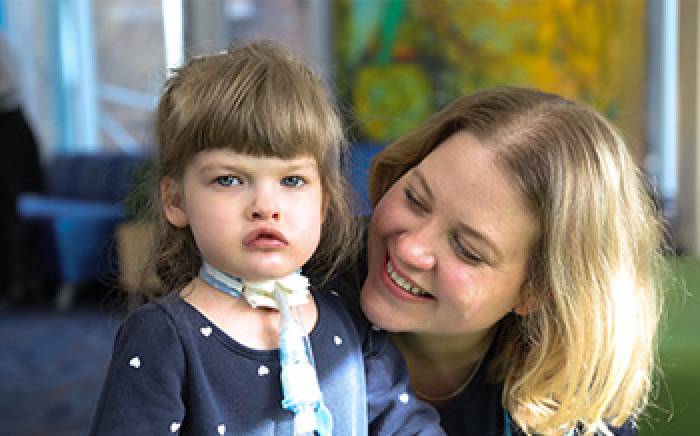 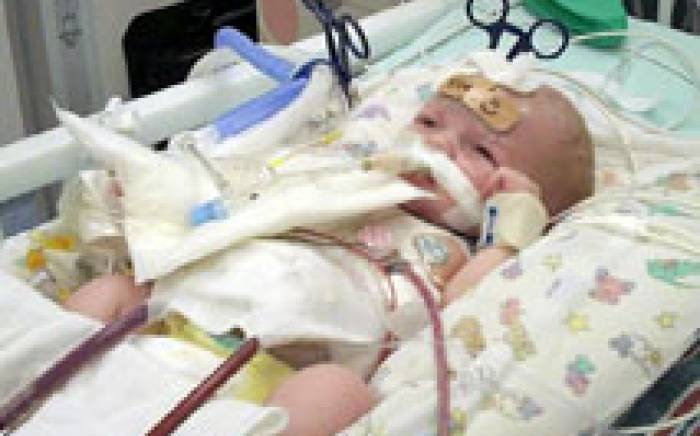 A newborn baby from Michigan is being kept alive at St. Louis Children’s Hospital with an artificial lung, the first ...