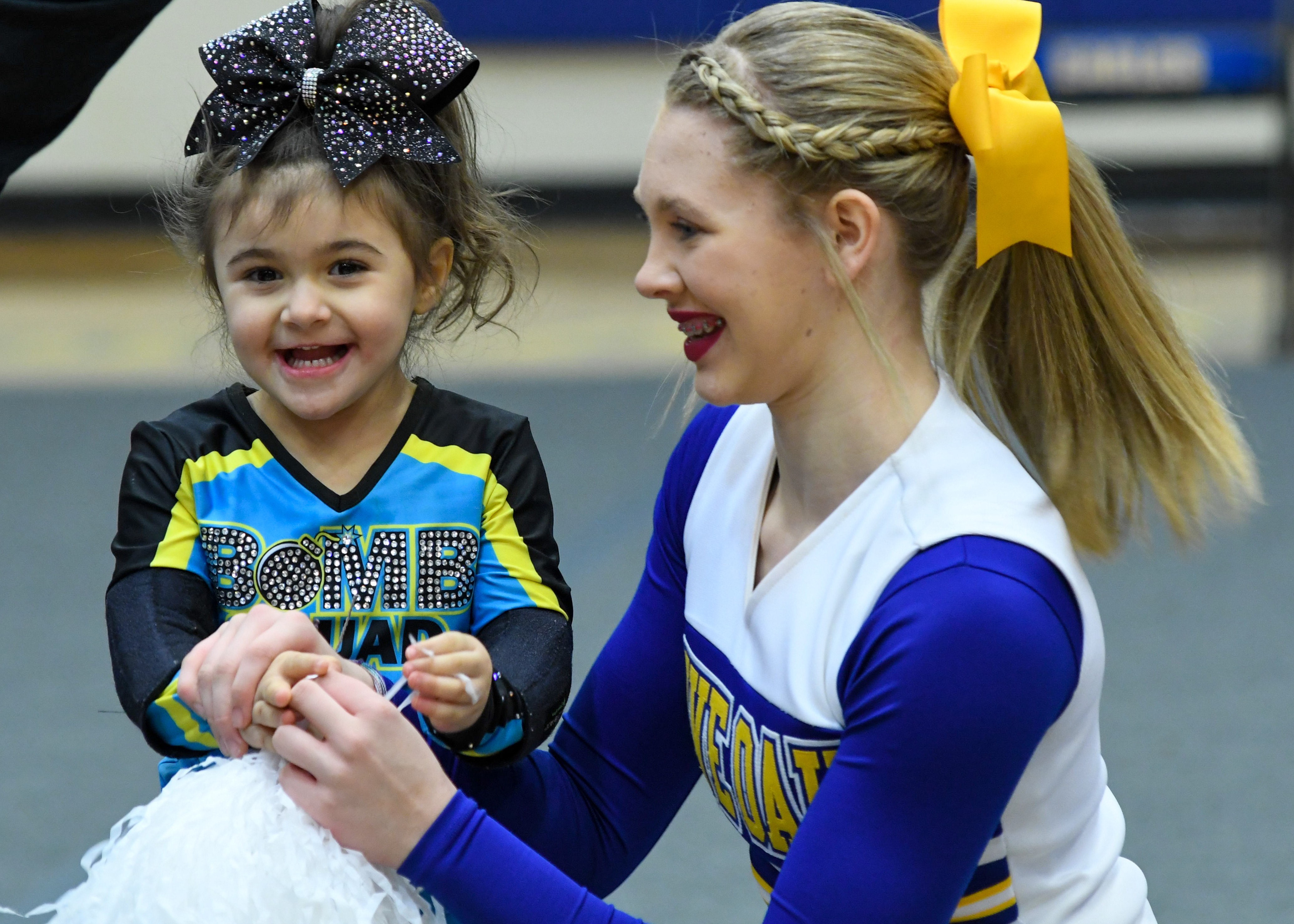 What is Rett Syndrome?

Rett Syndrome is a rare genetic neurological disorder that affects 1 in 10,000 females and is even more rare in males. The disorder begins to show itself through missed milestones or regression in children ages 6-18 months. It affects nearly every aspect of life, including a child’s ability to speak, walk, eat and breathe easily. Rett Syndrome’s official beginning dates to 1954 when Austrian pediatrician Dr. Andreas Rett observed two girls making the same repetitive hand-washing motions — a telltale sign of Rett patients. Dr. Rett traveled throughout Europe seeking other children with the same symptoms and published his findings in 1966.

Erica Waggenspack knew nothing about Rett Syndrome until her youngest daughter, Kerrigan, was diagnosed in April 2020.

“She sat up at 4 months and rolled over at the same time,” Erica said. “When she was 10 months old, we reached out to her pediatrician, because Kerrigan wasn’t trying to crawl.”

Kerrigan began physical therapy to give her a boost, but shortly after that she began having trouble with feeding.

“She began vomiting several times a week,” Erica recalled. “She wasn’t standing or crawling. I had my daughter, Shea, first, and I knew the milestones that should happen.”

The family went through months of testing, including neurological and genetic testing. Something just didn’t sit right with Kerrigan’s gastroenterologist, and the Waggenspacks sought answers from a neurologist in New Orleans.

“She did start crawling at 15 months, and eventually began to stand and walk,” Erica said.

Those were major milestones, but the family still didn’t have a diagnosis. The energetic young girl was officially diagnosed at the age of 2 in April 2020.

Erica began to research the neurological disorder and found the International Rett Syndrome Foundation and was immediately given locations of Rett Syndrome clinics. The closest was in Houston, but Erica soon learned that WashU clinic at St. Louis Children’s Hospital offered a multi-disciplinary center. 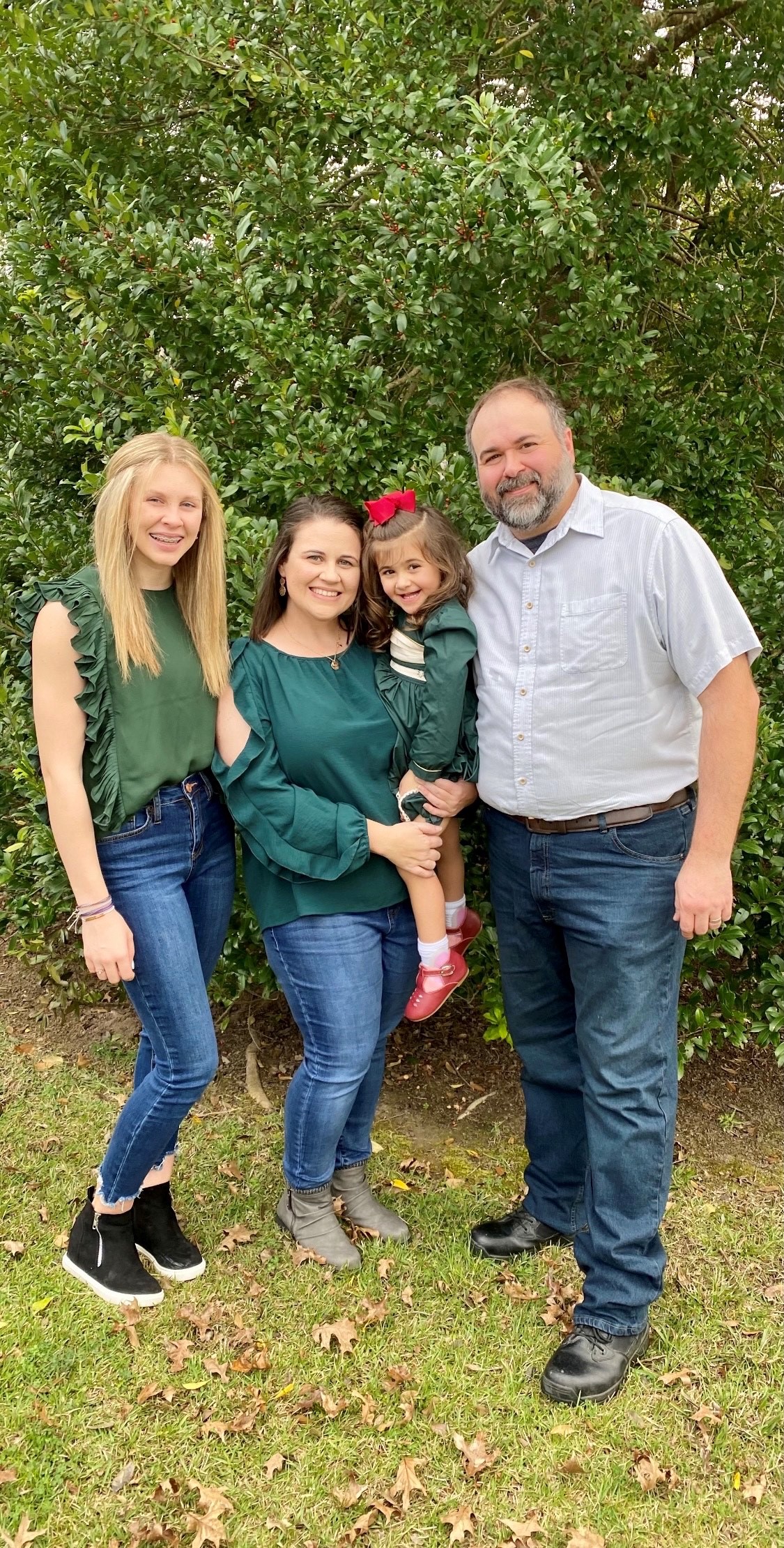 “At that time, there were only three Rett clinics in the country,” Dr. Ryther said. “Today, there are 18 Rett clinics in the United States. In St. Louis, we wanted to provide a home where families could connect and feel cared for in many different ways.

“This is a whole-body disorder,” Dr. Ryther explained. “When our patients come to the clinic, they spend the day here. They see a nutritionist, physical therapist, occupational therapist, equipment specialist and augmentative communication specialists. They may also see other subspecialists who help with eating, sleep, orthopedics and more based on each patient’s needs.”

The multi-disciplinary approach sealed the deal for the Waggenspack family.

“We get all the tests run for Kerrigan specifically,” Erica said. “It’s all done in one day and I don’t have to make the different appointments. It’s been a wealth of information to have a whole group of people who know all about Rett. Kerrigan just started preschool, and Dr. Ryther offered to meet with the school administrators, teachers and therapists and give them a breakdown of Kerrigan if we need that.”

Dr. Ryther said educating the educators is a game-changer for Rett patients.

Symptoms of the disorder can compound the communication difficulties. For example, most Rett patients are nonverbal and they lose the use of their hands. Dr. Ryther said Augmentative and Alternative Communication (AAC) plays a significant role in helping Rett patients communicate at home and in school. AAC encompasses the communication methods used to supplement or replace speech or writing for those with impairments in the production or comprehension of spoken or written language. One example of an AAC device is a computer tablet and program that use symbols (pictures, photographs, etc.). Rett patients use eye tracking to select the symbols directly.

“What is often missed is the concept that Rett patients have near-normal to normal intelligence,” she said. “Their inability to communicate sets them back.

The eyes have it

“All of the traditional ways we think about communication are not there,” Dr. Ryther added. “They have beautifully strong eye gaze, which is what I fell in love with the first time I saw a patient with Rett Syndrome. Now they can use eye gaze technology at home and in school to communicate and put together seven-to-nine-word sentences. They can also use the device to solve math problems.”

The WashU Rett Spectrum Clinic at St. Louis Children’s Hospital is fortunate, Dr. Ryther said. ACC is a rare resource to have. Thanks to eye gaze technology, Kerrigan can communicate with her family, medical team and teachers with her eye gaze device. Erica and Kerrigan met with the AAC team in St. Louis to try different types of technology and secure the right device for Kerrigan.

“She uses it to communicate and to show her personality,” Dr. Ryther said. “Kerrigan had five dad jokes programmed on the device and she loves to get people laughing.”

The family has a team of doctors, nurses and specialists in Baton Rouge and visits St. Louis and the Rett Spectrum Clinic twice a year.

“Kerrigan loves the clinic,” Erica said. “She’s always at ease. The team knows her routine and what songs to play when they need to draw blood.”
At home, Kerrigan is on a special needs cheer team, baseball and basketball team, and has participated in a beauty pageant.

“We won’t let Rett hold her back,” Erica said. “We make sure she does everything a normal 4-year-old will do. Rett is something she has, but that doesn’t define Kerrigan. Our family, friends, Dr. Ryther, her crew and local therapists are a village working together raising Kerrigan. Without that team, we wouldn’t be able to do what we need to do.”